Notice: WP_Scripts::localize was called incorrectly. The $l10n parameter must be an array. To pass arbitrary data to scripts, use the wp_add_inline_script() function instead. Please see Debugging in WordPress for more information. (This message was added in version 5.7.0.) in /var/www/html/wp-includes/functions.php on line 5777
 A Large Fire Erupts In A Residential Building In Barsha 1 Dubai 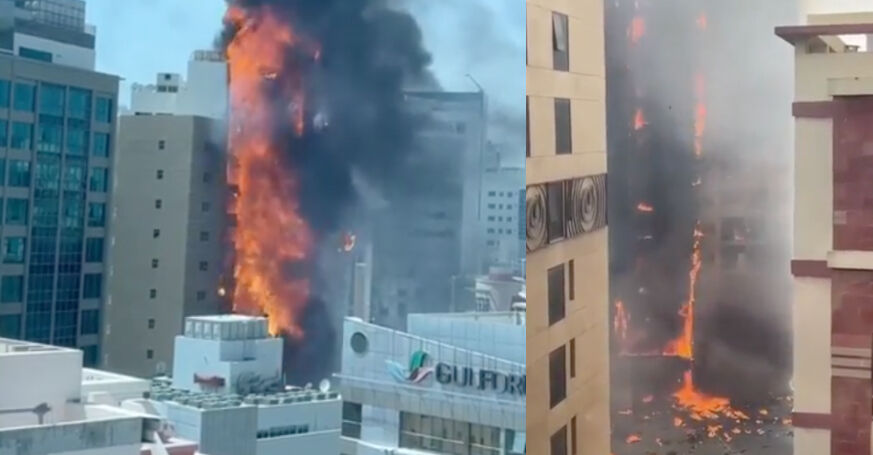 A horrific fire erupted in a residential building in Al Barsha 1, Dubai on Friday afternoon. As a result of the fire, huge plumes of black smoke could be seen from miles away.

The Dubai Civil Defense teams were at the scene at 1:28 pm, (within four minutes of the fire) and it was put under control within 14 minutes.

Investigations to determine the cause of the fire are still underway, however, no injuries or deaths have been reported.

According to the Dubai Civil Defense, firefighters from the Al Barsha Station were immediately dispatched, backed by teams from Al Marsa, Nad Al Sheba and Jebel Ali to put out the blaze

Severe damage to the outer facade of the building has been reported.

Praying for the safety and wellbeing of all those residing in the building, as well as close by areas.

Dubai Civil Defense teams have put out a fire that broke out in a residential building in Al Barsha. The teams brought the fire under control in 14 minutes. No injuries have been reported. pic.twitter.com/KQYQVCKJKl

ALSO READ: Sujith Varghese Is The First Person of Determination In A Wheelchair To Became A Personal Trainer In Dubai