Notice: WP_Scripts::localize was called incorrectly. The $l10n parameter must be an array. To pass arbitrary data to scripts, use the wp_add_inline_script() function instead. Please see Debugging in WordPress for more information. (This message was added in version 5.7.0.) in /var/www/html/wp-includes/functions.php on line 5775
 The Dog Who Suffered Bullet Wounds Has Been Adopted By HH Sheikh Fazza 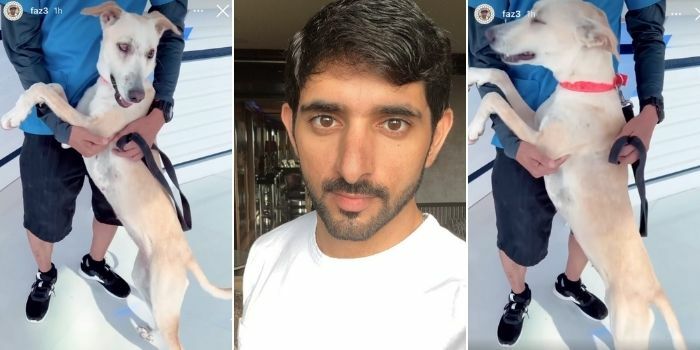 Lots of people have been keeping up with Grace since her incident was reported. It started on January 28 when residents found an injured dog in Sharjah and alerted the police. Bubbles Pet Rescue service came to the aid of the dog and admitted it to a vet clinic in Dubai.

Her x-rays showed she had 2 bullet wounds in her body. Over a month later, Grace was in the safe hands of Bubbles Pet Rescue and under the care of HH Sheikh Hamdan bin Mohammed Al Maktoum, Crown Prince of Dubai.

Many were relieved to see her walking happily again and being visited by HH Sheikh Fazza.

A post shared by The voice, of the voiceless 🐕🐈 (@bubbles.petsrescue)

on February 26, Fazza took Grace for a walk and she appears to be in great health and spirits

The pet rescue uploaded a video from Faz3’s story, stating that Grace, the song that was rescued is now adopted by the Crown Prince of Dubai! He had adopted her earlier that day and the rescue updated the public on how she was doing. They wrote that she’s incredibly happy, gaining weight, and not only receiving the best medical treatment in the country but also the best rehabilitation to help her overcome her trauma and fear.

Loving this story and wish Grace an amazing life. Bubbles Pet Rescue are helping so many animals and they need residents who can foster temporarily or adopt as it would make a world of difference!

A post shared by The voice, of the voiceless 🐕🐈 (@bubbles.petsrescue)