Notice: WP_Scripts::localize was called incorrectly. The $l10n parameter must be an array. To pass arbitrary data to scripts, use the wp_add_inline_script() function instead. Please see Debugging in WordPress for more information. (This message was added in version 5.7.0.) in /var/www/html/wp-includes/functions.php on line 5777
 Dubai Residents Have Been Cycling For 24 Hours In Al Qudra To Help Raise Awareness For A Disease 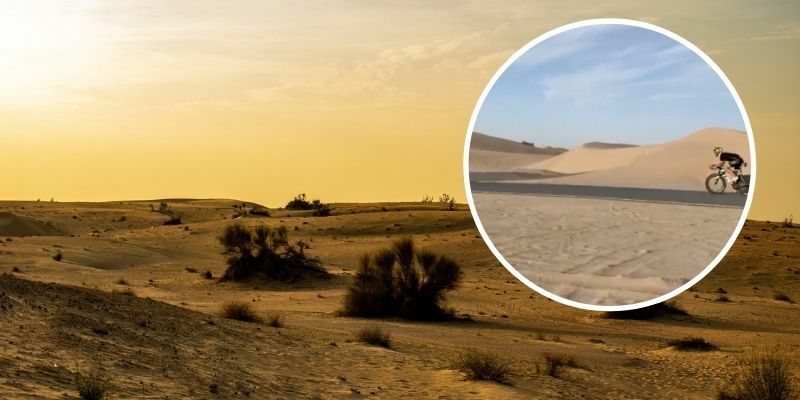 What’s not to love about this city? Other than spectacular views, nonstop entertainment, we also have a community with a shared unity that is always ready to be of help.

Yet another example of this incredible feat. is a group of Dubai cyclists who are done with the completion of their ’24 Hour Cycling in Al Qudra’ challenge to help raise awareness for MND and find a cure.

High-performance coach and speaker, David La Bouchere, shared an update of him and the rest of the group partaking on Saturday, March 12 after having started it the day prior.

Non-stop cycling! As of 9:57am on Saturday, him and the team have not seen their beds since Friday morning

La Bouchere, coordinated the 24-hour cycle along with Sandy Stirling, founder of MND24, running 10km then riding 50 since 6am last night.

MND24 was founded in 2020 by Sandy Stirling and is a global initiative raising necessary funds for, and awareness of Motor Neuron Disease also known as MND, which is a life-shortening, debilitating disease that affects both adults and children.

The founder of MND24, Sandy Stirling, started the annual challenge after his father was diagnosed with MNS in May 2016 and passed in 2019

In Stirling’s own words:

“My father, Alexander Stirling, was diagnosed with Motor Neuron Disease in May 2016 after undergoing more than 2 years of tests. He passed away on the 9th of March 2019 at the age of 83.

MND is an incredibly cruel disease, and after seeing how my dad so bravely fought back at his illness, I wanted to do something to help fund research in finding a cure for this appalling disease.

Inspired by Rob Wainwright and Ewan Dowes, who had undertaken cycling challenges for the My Name’5 Doddie Foundation and MNDA for Rob Burrows, as a tribute to the memory of my wonderful dad, I decided I would do a 12-hour cycle around Al Qudra on the first anniversary of his death.

On the day, I had about 130 people come and join me during those 12 hours. This then inspired me not only double my challenge the following year, but to be better organised and see how we could grow the event.”