Notice: WP_Scripts::localize was called incorrectly. The $l10n parameter must be an array. To pass arbitrary data to scripts, use the wp_add_inline_script() function instead. Please see Debugging in WordPress for more information. (This message was added in version 5.7.0.) in /var/www/html/wp-includes/functions.php on line 5777
 The Shindagha Tunnel (Deira-Bur Dubai Direction) Reopens From Sunday! 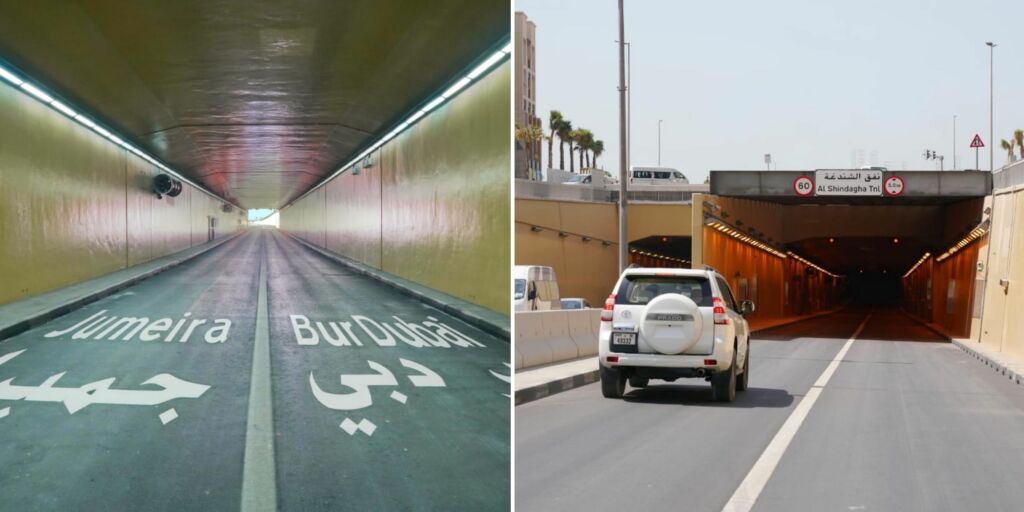 If you thought that the dear old Shindagha Tunnel was not going to ever open again, then you were completely wrongggg

Since the Infinity Bridge opened to the public, lots of Dubai peeps thought that when the Shindagha Tunnel closed in January 2022, it would never open again.

.@rta_dubai reopens Shindagha Tunnel in Deira-Bur Dubai direction on Sunday, March 13th, following the completion of works to link the Infinity Bridge and the new bridges with the tunnel brining the total capacity of the corridor to 15,000 vehicles per hour. pic.twitter.com/fSmGJmTD6N

But now after 2 months, the 47-year old tunnel will re-open on Sunday, 13th March in the Deira to Bur Dubai direction

The Roads and Transport Authority (RTA) announced the update following the completion of works to link the Infinity Bridge and the new bridges with the tunnel. This will enhance the road capacity by 3,000 vehicles per hour.

The RTA also made changes to the directional signs in the area to ensure the smooth flow of traffic. The movement in Shindagha Tunnel in the direction from Bur Dubai to Deira will remain as it is and is open for road users.

Read more: AP Dhillon Spotted In A Ferrari In Dubai As Resellers Demand AED1.2k For His Free Expo Concert